PS: Give me the name of the idiot who booted Mark Davies out of BetFair.

The new URL of his blog: http://www.markxdavies.com/

A portrait of him (BetFair circa). 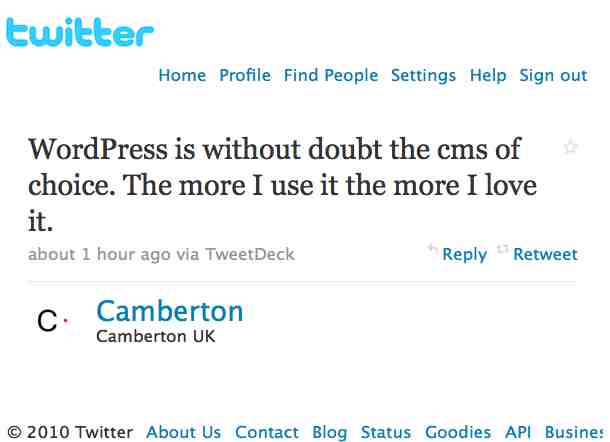 One month ago, I reported that BetFair silenced their PR chief (Mark Davies) by moving him to regulation affairs and asking him to shut up his voluble gob. Office politics played against him. Too bad.

Well, as Mark Davies can&#8217-t live in the dark (away from the limelights), he has resigned, and started off his own company, Camberton &#8212-so as to do what BetFair was recently forbidding him to do (PR). I wish him good luck, with 2 caveats.

#1. Mark Davies&#8217-s true love is in fact journalism. But it doesn&#8217-t pay, unless you do TV prominently. If Mark had bollocks, he would go into journalism.

Leaving BetFair is a good thing &#8212-provided he can learn in the open what he couldn&#8217-t learn while at BetFair: Marketing 2.0.

The reason is that with my job at Betfair having recently changed so that I have responsibility for regulation but no longer for our public positioning, I have been asked not to blog about industry and company issues. Rather than stop writing completely, I have only been publishing things which cannot be construed to be a Betfair view.

Why did BetFair demote a brilliant spin doctor?

Makes no sense at all. Absurd.

YouTube film-makers, for you to know, Mark Davies looks better when filmed from his right &#8212-not from his left.

BetFair won’t release any public press release on all this, but they told me this: Following Stephen Burn&#8217-s taking over BetFair US leadership, Mike Robb will be sent in New York to open a new &#8220-BetFair Bureau&#8221-, from which he&#8217-ll spin the US media about the virtues of prediction markets. Here&#8217-s BetFair&#8217-s statement:

We have decided that the strategy for the U.S. is to enhance our visibility and to support our global product development initiatives, and, therefore, at this point, Betfair wants the U.S. communication team to integrate more closely with the U.K. marketing team. Given these changes, London-based Mark Davies will now be reporting to Mike Robb.

In other news, Shapeskeare was French (BBC).

The journalistic rule should be that, if you cite one prediction exchange, you should cite the one that is the most liquid on the market you are writing about. For UK politics, it is clearly BetFair.

BetFair has clearly a PR problem.

Read the whole thing, it is entertaining.