The contract will settle (expire) at 0 ($0.00) if Dr Yoshiaki Arata&#8217-s Cold Fusion experiment is NOT replicated in a peer-reviewed scientifc journal on/before 31 Dec 2008.

Details of the experiment can be found HERE.

Expiry will be based on publications in peer-reviewed scientific journals, as reported by three independent and reliable media sources.

Please contact the exchange by emailing [email protected] if you have any questions regarding this contract before you place a trade.

Important:
Please contact the Exchange if you have any query or uncertainty (including how it may be settled) about this Contract, the Rule above or the Contract Rules before you trade.

Cocky HubDub has just expired the contract. InTrade and BetFair did not. InTrade will expire the Democratic candidate contract when the Democratic party declares their nominee at their convention. BetFair does not state anything. Maybe they&#8217-re too shy to tell.

UPDATE: NewsFutures did not expired its Democratic candidate contract either.

UPDATE: Brad Stewart tells us in a comment that Reality Markets did not expire its contract, too.

We have listed a contract on an amendment to the Unlawful Internet Gambling Enforcement Act being passed before the end of 2010, and that Rep. Barney Frank will be a sponser of the bill. This contract can be found under Legal &#8212- Internet Gaming.

This contract will settle (expire) at 100 ($10.00) if a bill amending the provisions of the US code implementing UIGEA will pass by 11:59:59pm ET on the date specified in the contract, AND Rep. Barney Frank is among the bill&#8217-s sponsors

The contract will settle (expire) at 0 ($0.00) if a bill amending the provisions of the US code implementing UIGEA DOES NOT pass by 11:59:59pm ET on the date specified in the contract, or it does pass and Rep. Barney Frank is NOT among the bill&#8217-s sponsors

Expiry will be based on the official passage of any bill, as reported by three independent and reliable media sources. For expiry purposes the Library of Congress? Thomas system will be used as the definitive source of information.

A bill will be considered &#8220-passed&#8221- once it has been passed by congress (House and Senate) and sent to the President for signing. What the President does with the bill will not affect expiry.

Please contact the exchange by emailing [email protected] if you have any questions regarding this contract before you place a trade.

Why is Barney Frank&#8217-s footprint so important, in that contract? Makes no sense at all to personalize the issue. John Delaney is the most illogical man I have ever met. 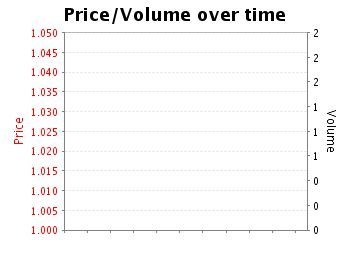 – Is J.K. Rowling able to write an 8th installment of the series (a sequel) without resurrecting Harry Potter?

NOTE: Prequels are of course allowed in both cases. (Thanks to Deep Throat for the tip)

1. If J.K. Rowling writes in an epilogue that Harry Potter will die after a life well lived (that is, from natural cause, after a long and happy life), then an 8th book is possible.

Note that, in the Sir Arthur Conan Doyle’s Sherlock Holmes case, we are in the configuration #2.

Previous: The contract of the Harry Potter event derivative at NewsFutures may be flawed.

[&#8230-] After a storm begins forming off the coast of Africa, for example, a buyer can obtain a contract covering the first storm to make landfall in Florida. The risk level of the storm will be determined by a sliding scale – the CME Carvill Hurricane Index – that takes into account the size of the hurricane, maximum wind velocity and damage potential. The scale starts at zero and rises as the storm becomes larger and more powerful.

If the storm approaches any part of Florida and becomes a higher category hurricane, the index rises. Thus, a contract purchased when the index was at 2, for example, at $2,000, would be worth $10,000 when the index rises to 10. The futures owner can hold onto the contract at $10,000, or sell it for a higher price if the risk increases.

If the contract is worth $10,000 and the hurricane strikes Florida, the holder can obtain $10,000 cash within a few days. This compares to traditional insurance policies where claims may not be settled for months.

Let&#8217-s try again the TradeSports code lines (pasted here in order to generate a dynamic chart &#8211-i.e., a chart that will update itself in the future):

There is OBVIOUSLY a technical problem.

James Hamilton has managed to better the TradeSports-InTrade US recession contract:

Given the concerns expressed by Stephen Kirchner about the original details of the Tradesports contract, I suggested to Tradesports a tighter definition of what it means for the U.S. to go into a recession, which they&#8217-ve now adopted. The current contract declares that the U.S. will be said to have experienced a recession in 2007 if the Commerce Department numbers as reported on February 15, 2008 show 2 consecutive quarters of negative real GDP growth between 2006:Q4 and 2007:Q4.

Here&#8217-s what Stephen Kirchner had written:

As is often the case with prediction markets, the contract specification raises more questions than it answers. There is no reference to whether the contract expires with the advance, preliminary or final GDP releases. The potential expiry with the Q3 release still leaves open the possibility of a recession in 2007 as a result of revisions to historical data. You could be right about a recession in 2007 and still lose money with this contract specification. And why do we need the media to confirm data released by the BEA? Perhaps Intrade are trying to avoid the problems that arose with their North Korean missile launch contract.

TradeSports-InTrade John Delaney should take advice from economists BEFORE setting up any economics-related prediction markets. He&#8217-s probably not humble enough to do that. I have always said that creating prediction markets requires a dual competency, which prediction exchange managers are unlikely to possess &#8212-they are managers, not thinkers, I will tell you. Thus, the need for experts advising prediction exchanges &#8212-that&#8217-s how the &#8220-humility&#8221- factor comes in.

Addendum: Professor James Hamilton of Econ Browser tells me that he has slightly modified the TradeSports code line to read now:

CEO John Delaney has been extremely gracious in all his dealings with me, and responded very quickly to my suggestions on the recession contract. He’s also invited me to consult with them prior to launching future economic contracts. So I think he’s on board for your message.