SPOILER ALERT: MIDAS ORACLE IS REVEALING WHO DIES IN HARRY POTTER AND THE DEATHLY HALLOWS. IF YOU DON&#8217-T WANT TO KNOW, STOP READING. (Hit your back button.) 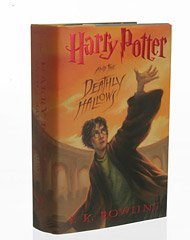 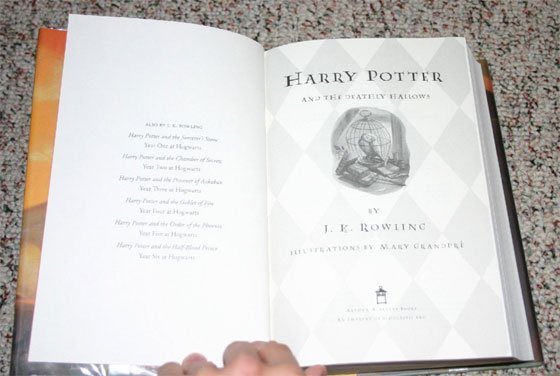 Here&#8217-s the good news: Harry [Potter], Ron, Hermione, Ginny and Hagrid do not die. But others do. The good guys who meet their demise include Fred Weasley- Tonks (the witch who loves to change her hair color) and her husband, werewolf Remus Lupin- and Tonks&#8217- father, Ted. Bad guys who die are Professor Snape- Bellatrix, Voldemort&#8217-s favorite servant- Crabbe, one of Draco Malfoy&#8217-s mean friends- and Pettigrew, Voldemort&#8217-s servant known as Wormtail. One of the saddest scenes follows the death of Dobby, the house elf Harry [Potter] freed in a previous book. Harry [Potter]&#8217-s beloved owl, Hedwig, also dies.

There is also an epilogue, which takes place 19 years later, revealing that Harry [Potter] married Ginny Weasley and Ron married Hermione. They meet at platform 9? to send their children to Hogwarts.

TEMPORARY CONCLUSION (until we get strong confirmation of the outcome of The Deathly Hallows from two other sources):

1. The NewsFutures event derivative was predictive (as was an Internet poll), thanks to comparative literature analysis (analysis of the past writings of J.K. Rowling).

2. The William Hill people were bull-shitting when they said that Harry Potter died and when they opened betting on who was the killer. They took 50,000 British pounds from suckers. 100% pure profit for William Hill. Niall O&#8217-Connor, who swallowed the William Hill P.R. bullshit, should come on Midas Oracle, concede defeat, and analyze the root of his debacle.

[1] What is the conclusion to be drawn here? In a market such as this, the outcome will already be known, by certain people. Are we too assume that these individuals choose to bet with traditional risk-averse bookmakers such as William Hill, forcing said bookmakers to close their books on the event? And that the uniformed, who know nothing, but cannot believe that Harry Potter will be killed off, choose to bet on NewsFutures?

[2] My own opinion is that the insiders have no reason to trade on NewsFutures (they are not interested in the notion of bragging rights). Moreover, it is extremely unlikely that they are even aware of the prediction exchange. They are interested however, in being able to take 500 sterling of William Hill, on a [fairly] anonymous basis. And this it would seem is what they have indeed done. The fact that the NewsFutures market has not fallen into line, gives rise to the notion that it represents nothing more than an amalgam of uninformed guessers, who are ignorant in the psychology of traditional betting markets. If Harry Potter is killed off- there will certainly be a lot of explaining to do……

And Michael Giberson, too, should have some explaining to do.

DISCLOSURE: At times, I was a participant in this Harry Potter prediction market, but decided to get out some time ago because of the incertitude regarding how the epilogue would be taken into account in the expiry process.

NEXT: NEWSFUTURES JUDGES THAT HARRY POTTER IS STILL ALIVE AT THE END OF J.K. ROWLING&#8217-S 7TH NOVEL, THE DEATHLY HALLOWS.

4 thoughts on “THE FATE OF HARRY POTTER IN J.K. ROWLINGS 7TH BOOK, THE DEATHLY HALLOWS: prediction market vs. bookmaker”